What's looking great in the Gardens over the next month

The spectacular and interesting

There is always something putting on a show in the Gardens and the summer months are some of the best of times with many plants now reaching their full show glory!
Meander through the many seemingly secret garden pathways and perhaps even discover that hidden treasure that you might be the first to see? Here again is a snapshot of what’s in show, the curios, the showoff’s and the bashful, that always delight the senses. Why not see if you can find them?? 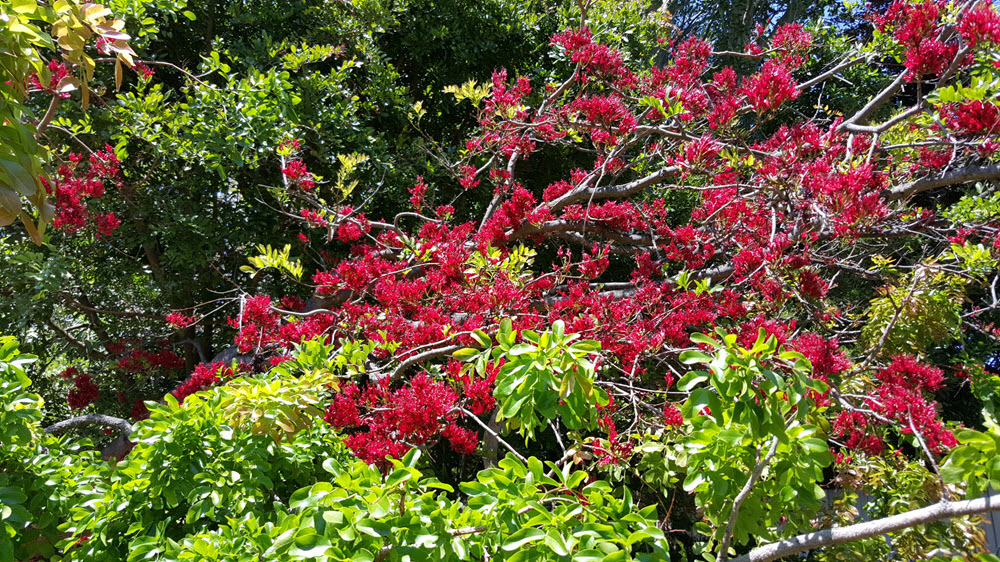 This normally sub-tropical leguminous flowering tree of the bean family Fabaceae, is one of those curios that is currently flowering through December and early January. A surprisingly hardy tree from south Africa it is wonderful in attracting the native wattle birds and many differing types of insects during its flowering period. The large almost fuchsia like flowers are held in bunches on mostly bare stems, making for an impressive site from a distance. This plant is tolerant of a wide range of conditions as long as it has some protection from the cold southern winds in Tasmania. Read more at: https://en.wikipedia.org/wiki/Schotia_brachypetala 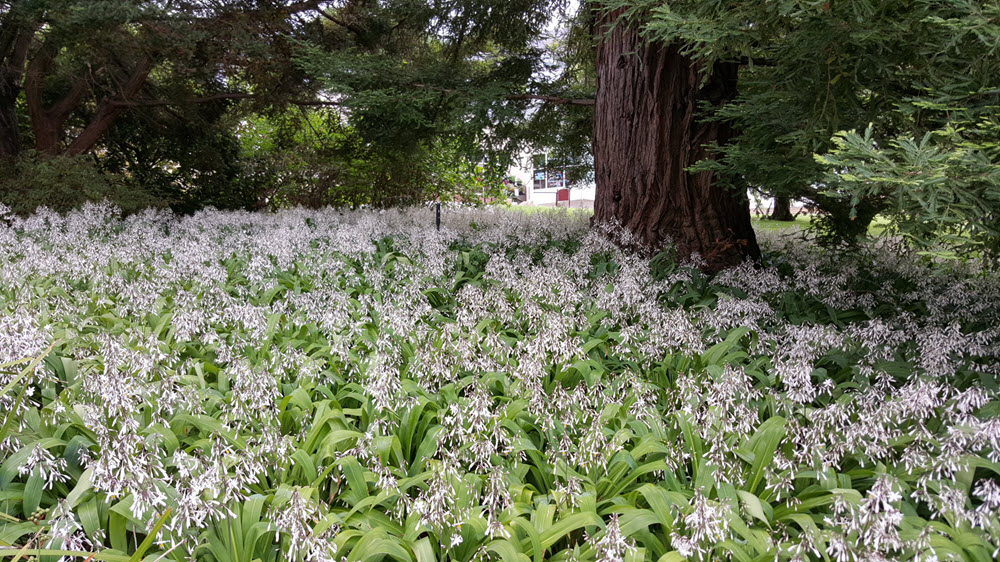 This is truly one of the most magnificent plants in the garden with long lasting white lily blooms against beautiful strap like foliage of lime green. It is tolerant of some of the most difficult locations and is reputed to even grow down to the sea in it native New Zealand. A wonderful plant for mass planting around even the largest trees particularly if they are mulched and irrigated through the drier months, but don’t fret if you miss the watering they are tuff and able to survive in the short term. Best of all is that they tolerate shade and still flower profusely in a late November to January display that will never disappoint! Interestingly it belongs to the Asparagus family and like asparagus it has been used by humans such as the New Zealand Maori as a food source for thousands of years. Read more: https://en.wikipedia.org/wiki/Arthropodium_cirratum 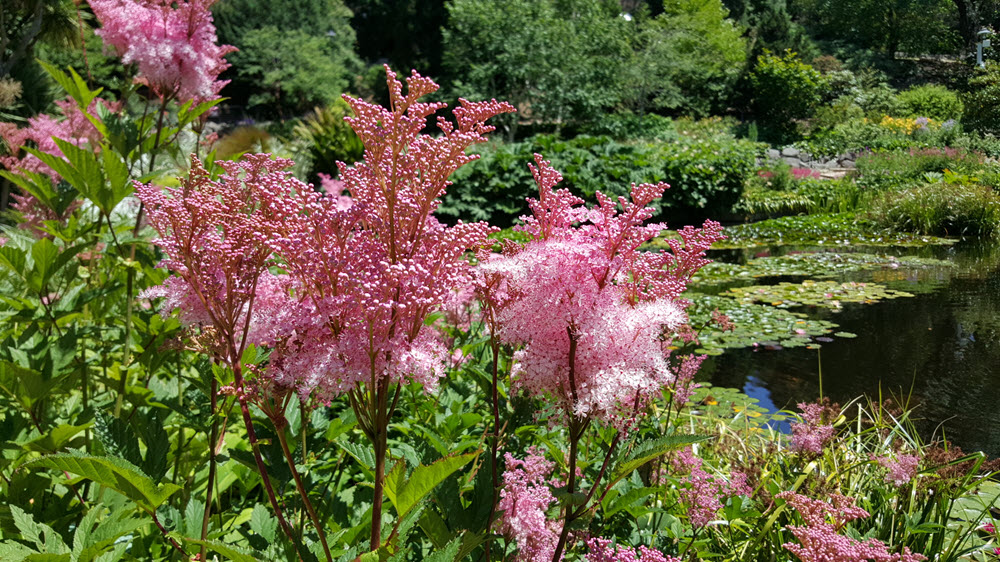 Filipendula rubra, or Queen-of-the-prairie in full bloom around the Lily pond

An incredibly pretty plant from the US with striking feathery heads of pink bloom. This plant is at home on the moist prairies of the US but unfortunately it is now more common in cultivation rather than in its natural habitat. It is now regarded as critically endangered in the wild due to an expansion of farming and mixed land use. It is relatively hardy and loves a moist soil with plenty of organic matter and a morning sun to shade aspect. It is herbaceous which means that it dies back in the Winter months, but returns to its full glory in the warmer months. It belongs to the Rose family which is hard to believe on first appearances. Read more: https://en.wikipedia.org/wiki/Filipendula_rubra 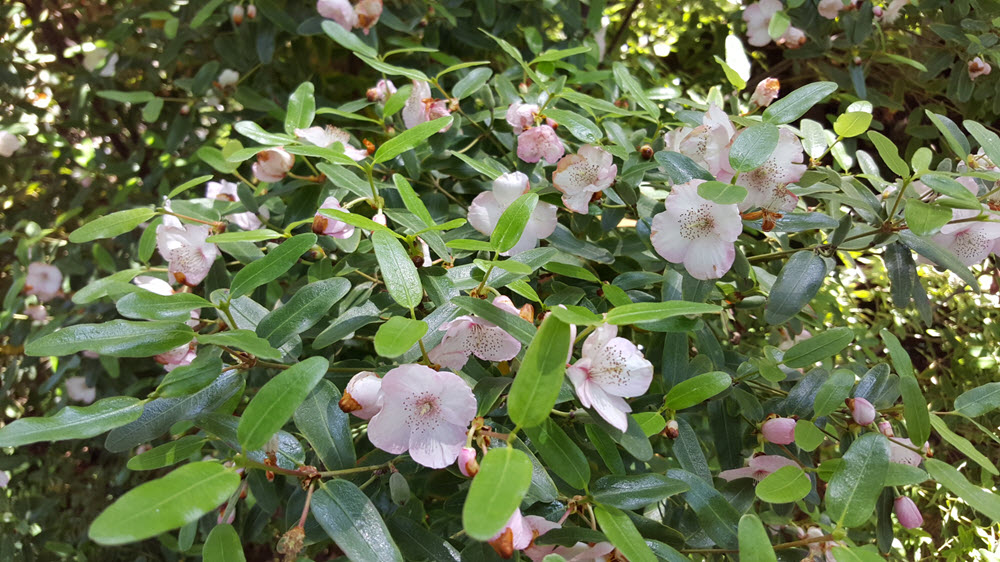 Most people know of this plant through the unique honey that that is produced by the bees that harvest the nectar from its magnificent flowers. The unique flavour of the honey is mirrored in the scent that permeates the air around the plants when in full flower. There are many unique forms, and other species, of this plant from small flowering shrubs to tall rain-forest trees. They inhabit the cooler ancient Gondwana rainforests of Tasmania and are a local legend species a bit like the timeless Huon pine. They enjoy a moist forest like environment with plenty of moisture and they will tolerate shade through to full sun locations as long as the soil meets their requirements. Smaller varieties can be grown in large pots or tubs, but once again they must have regular water. The flowers are produced from late November through to January and are usually white although, pink and almost deep pink are available in some specialist nurseries. Read more: https://en.wikipedia.org/wiki/Eucryphia_lucida

Previous what’s spectacular in the Gardens