On my recent trip to Europe in September my wife and I spent a day in Bucharest, Romania. After the guided tour of the People’s Palace and as we travelled back to our hotel, I spied a small blue sign with the words “Gradina Botanica”, the Bucharest Botanical Garden, at a distance of two kilometres away.

On getting a map I noted that it was not going to be a straight forward walk so I asked the Local Host to organise a taxi for me to visit the Botanical Gardens. For various reasons the Local Host and the Tour Director did their best to dissuade me and they thought the Gardens would be closed anyway as it was 5:30 pm. I had however looked up the Gardens web site and noted its opening hours were from 8:00 am to 8:00 pm. 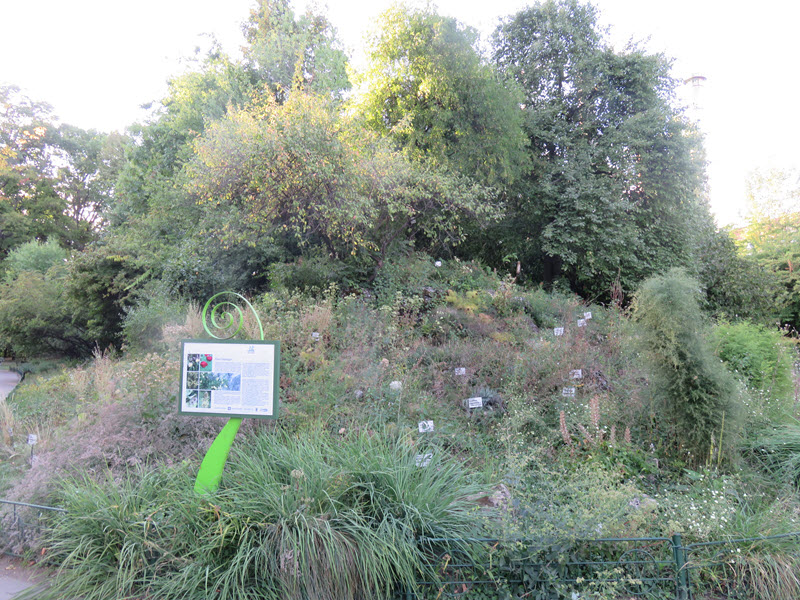 Garden and path signage in the Bucharest Botanical Gardens

After some earnest discussions a Taxi was called and I was chaperoned to the Bucharest Botanical Gardens. At the entrance we were greeted by a guard and I was directed to the ticket box to pay my 5 lei ($1.72 AUD). The guard really caught my attention as he was toting a truncheon.

As I headed into the Gardens the next thing that caught my attention was its backdrop, a huge Thermal power station with its cooling towers and chimney stacks that made a great backdrop for some of my photos.

As I walked around the Gardens there were wedding photos being taken (on a Tuesday), as well as a professional model shoot taking place and families walking around with their young children.

When I visited the restaurant and outdoor cafe I came across more guards with the words “OK Guard” printed on the back of their shirts. Again, truncheons were part of their armoury. The outdoor cafe barista was a young lady who spoke excellent English and she introduced me to three guards and through discussion I told them I was from the Royal Tasmanian Botanical Gardens in Hobart. After that I was treated like a VIP. 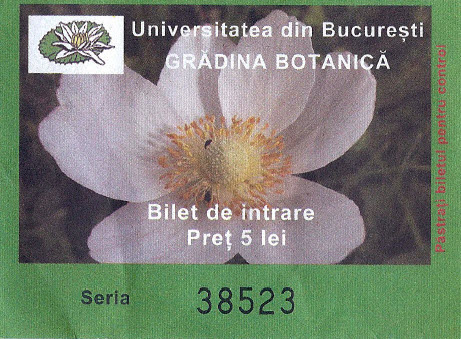 Highlights of the Gardens included its museum building, the ticket to get in, its large lake and bird life, its ornate “street” signage, and greenhouses built in the 1890s, plus the interpretation panels featuring its bird life and fish in the lake.

Getting to know the Botanical Gardens evening duty staff really helped make my short visit a delight. There is actually enough to see to spend a whole day in what looked like unkempt flora and lawns. Its flora and fauna however are well interpreted both in Romanian and English and as I only had an hour and half I only really got a glimpse of what was available to see. I took heaps of photos to provide to my former staff at the Royal Tasmanian Botanical Gardens, as I was sure they would be of interest and in some cases provide them with a smile. 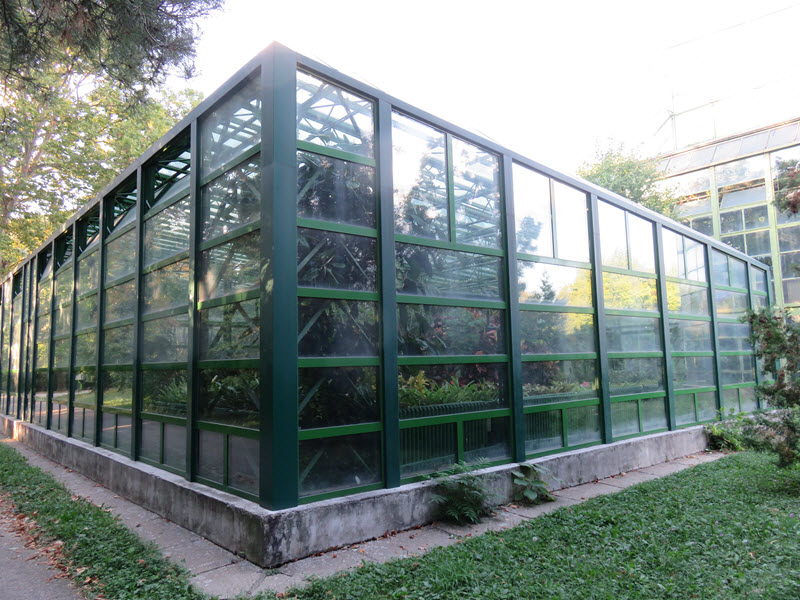 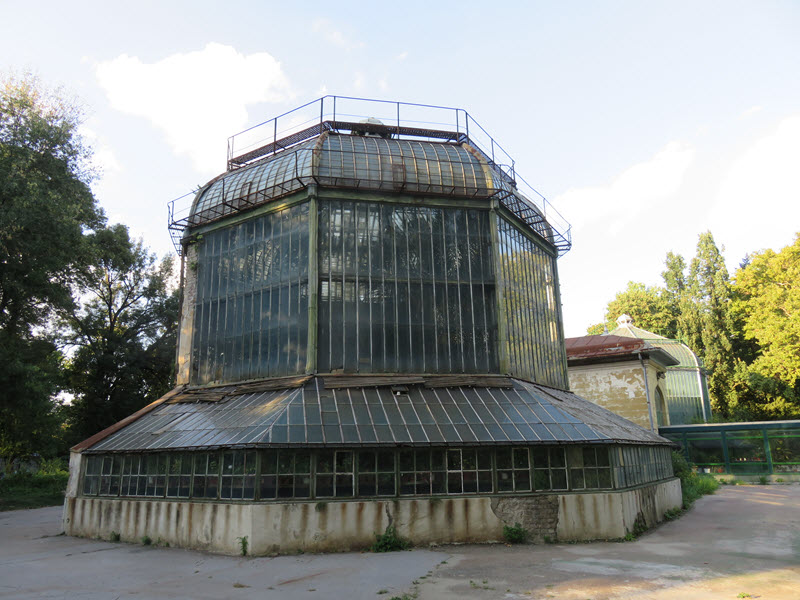 The older greenhouse with lots of character 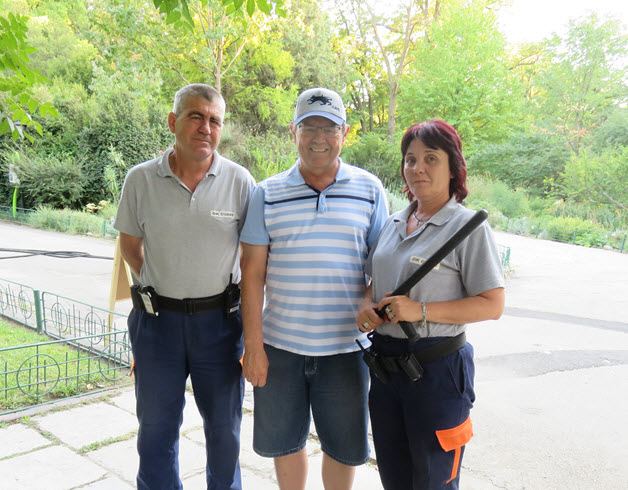 Rob Cockerell and security staff friends from the Gardens 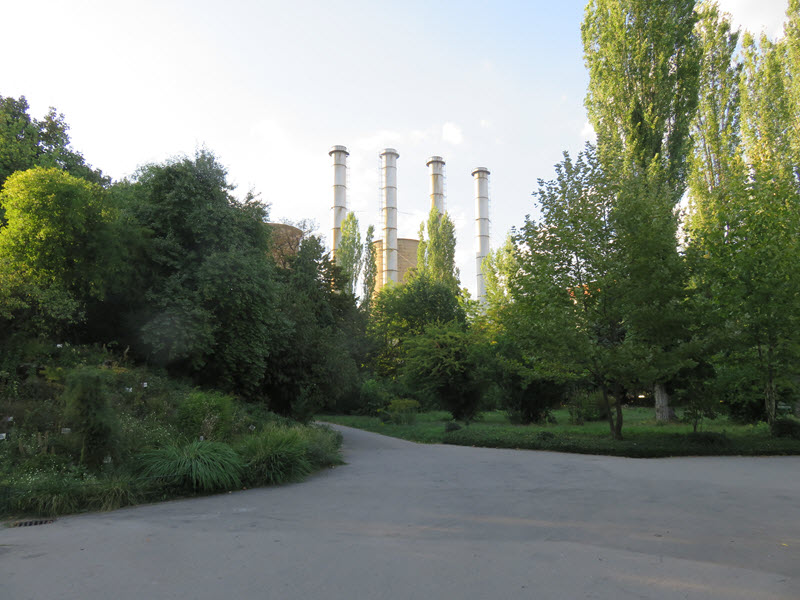 Cafe in the Bucharest Botanical Gardens 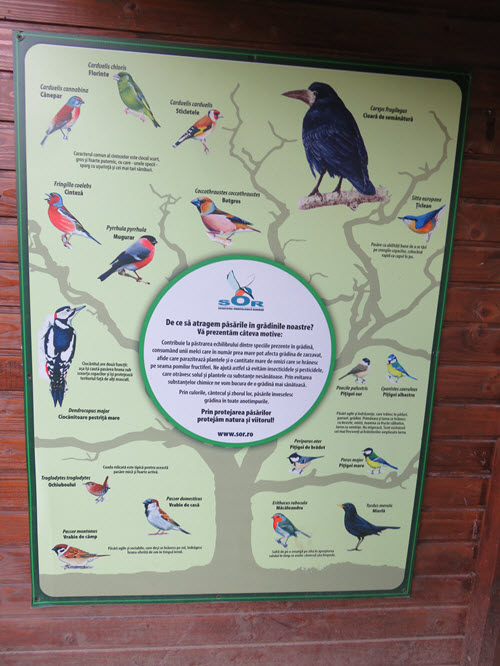 On leaving I had the guard at the entrance provide a couple of great poses with his truncheon and then I bid him and the lady in the ticket box a fond farewell. My chaperone told me that the staff were excited at having such a dignitary visit their Gardens.

The Local Host and Tour Director reiterated their concern for me being in that part of Bucharest at that time of evening, but for me the visit to its Botanical Gardens was a highlight of my month in Europe.

If I ever get to Romania again I will be sure of spending a full day exploring the “Gradina Botanica” and if anyone reading this article finds themselves in Bucharest – do yourself a favour! 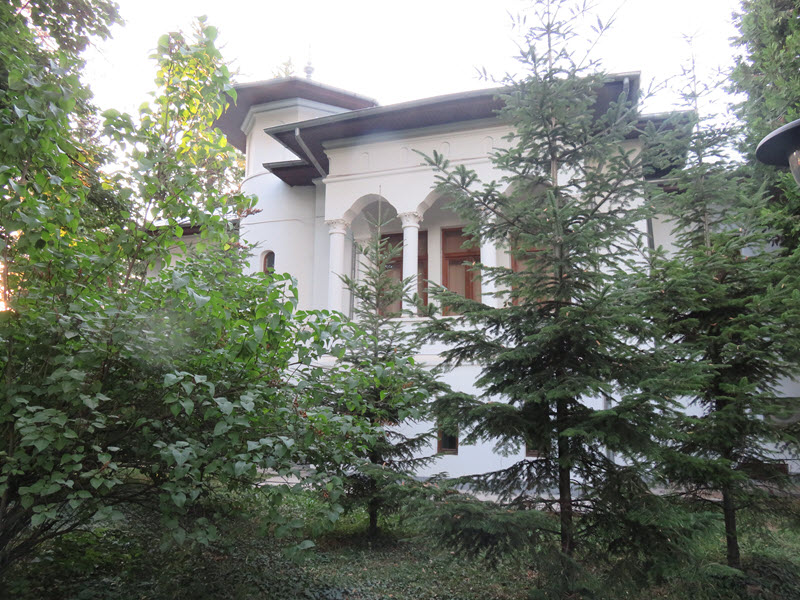