Why does seed dormancy exist?

From robust seed to vulnerable seedling; germination is risky business 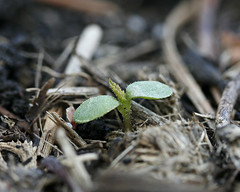 Figure 1. The time and the place for germination; getting it right is crucial to successful seedling establishment.

The process of germination represents a very risky step in the lifecycle of a plant.

The majority of seed-bearing plants disperse seeds that are desiccation tolerant which means they can withstand drying and remain viable in the soil for months or even years.

In contrast, most seedlings are highly vulnerable. At the seedling stage most of the plant’s features are poorly established; the roots are small, scant and have limited access to water, the leaves are small limiting their ability to capture light, protective structures / compounds are often missing or minimal and the process of seedling growth limits the plant’s resources.

Considering this move from robust seed to vulnerable seedling, it is not surprising that many plants try to ensure that seed germination takes place at just the right moment, in just the right place. Hilhorst1 summarised this idea in his definition of dormancy as, …a device for optimizing the distribution of germination over time and place. Originally it was assumed that dormancy enabled seeds to survive long periods of environmental conditions unfavourable for germination2. However, ‘unfavourable conditions’ would lack germination stimulation features, preventing germination regardless of whether or not the seeds were dormant.

Better supported is the suggestion that dormancy enables seeds to survive short periods of favourable conditions; when germination stimulating factors are present, but prevailing conditions are not suitable for subsequent seedling growth and plant development34. In other words, the seeds have evolved to postpone germination until a time and place that not only supports germination, but also maximises seedling establishment and growth.

For example, seeds in Queensland postpone germination until after summer

In south-west Queensland, Asteraceae and Goodeniaceae seeds dispersed in spring were found to possess dormancy mechanisms that prevented immediate germination despite favourable pre-summer temperatures. Instead cooler autumn temperatures initiated germination only after dormancy had been alleviated over summer. Postponing germination until after summer presumably allows seedling establishment, growth and reproduction to take place during the cooler winter months instead5.

While seeds lie dormant in the soil, dormancy not only prevents premature seedling emergence, but also promotes the formation of a ‘soil seed bank’, a reserve of seeds in the soil which provides in situ conservation of the plant’s genetic variability6. Figure 3. A diagrammatic representation of the timing of seed dormancy loss/induction and germination events for seeds released into the soil seedbank in Mediterranean climate areas of Australia. Adapted from Merritt et al. 2007.

Figure 3 gives a representation of how dormancy status of soil seed banks is understood to increase and decrease throughout the year in warm, temperate regions within Australia7. Changes in dormancy status are caused primarily by changes in temperature and seed moisture content. If non-dormant seeds do not experience appropriate germination conditions, dormancy will be re-induced; a phenomenon known as ‘dormancy cycling’ that may continue over several years until seeds germinate or lose viability.

Figure 3 also depicts at what time of year seeds experience the effects of dry after-ripening and stratification in situ in Australia’s warm, temperate regions. Please click on the links to understand more about how these treatments affect seed dormancy.

Dormancy is a challenge for those wanting to conserve seeds

It can be argued that there is little point conserving seeds unless we know how to germinate them. Dormancy is a complex seed trait present throughout the higher plants of all the world’s major climatic regions. The challenge for seed banks is to uncover the environmental cues that tell a seed it’s the right time and place to germinate.