The Royal Tasmanian Botanical Gardens is situated on a triangular slice of 14 hectares of land within the prime, eastern section of Hobart’s Queens Domain. The Queens Domain encompasses around 200 hectares of public land that overlooks the Tasmanian capital on one side, and the Derwent River on the other.

It is an unusual swath of land, at one point, even housing a zoo. Today the Domain serves primarily as sports fields and adventure walking trails. However in its formative years its core function was for military and defense. For more than a century the Queens Domain has also been the home to successive state governors at the magnificent Government House, which shares its northerly border with the Gardens.

The first official title of this place, the Government Domain and Garden, was bestowed in 1818 by then Lieut-Governor William Sorell. The site’s strategic location, its vantage point over the capital’s key marine approaches, established it as significant military location.

Over the next forty years, its southern edge would house the Queens Battery, one of a series of waterside gun emplacements to protect the city, while a more sheltered section would house a specially built gunpowder magazine.

Oversight of the colony of Tasmania and its capital resided with the Governor, invariably a senior military rank, so a prime site was set aside for the building of a permanent residence. That home, the magnificent Government House was completed in 1857 adjacent to the Botanical Gardens.

The Beaumaris Zoo was established across the road from Government House around 65 years later. While only remnants remain today, this Zoological Gardens drew its inspiration from the Victorian period, although it was actually not opened until 1923.

When you’re visiting the Royal Tasmanian Botanical Gardens, you’ll find yourself among the heritage and the memories of an extraordinary place and time. We recommend that you take some time to reflect and contemplate what has been and what is now.

Government House, the official residence of the Tasmanian Governor that overlooks the River Derwent and Tasman Bridge, is an excellent example of a Victorian country house.

First proposed in 1824 by Governor George Arthur, also the man who provided the impetus and drive that formed the Royal Tasmanian Botanical Gardens. The final Government House was completed in 1857 at a then-significant cost of 120,000 pounds.

In the manner of the time, its sandstone block walls were cut on site, the quarry later becoming an ornamental pool and gardens. Fittings of cedar and teak were recycled from a ship of the time, its slate roof was imported from Wales, and the furniture still in use today was custom built in London.

The result being a 73-room residence in Gothic Revival style, set among 15 hectares (37 acres) of gardens and sweeping lawn. It is considered among the finest vice-regal residences in the world and is reputed to have even been copied in China as a feature tourism attraction. Certainly, the scale, detail and finish of the state rooms, the entrance hall and grand corridor are without equal in Australia.

Since completion in the mid-19th century, this House has been home to nearly thirty governors. A tour of its public areas is available once a year, as are its magnificent gardens. More on Government House here

First used in 1851, the gunpowder magazine on Hobart’s Domain remains an exemplar of Victorian-era military architecture. Designed to house up to 1600 barrels of black powder, the key propellant of both small arms and cannons at the time, it is the only original gunpowder storage facility in Tasmania.

While not open to the public, the building is readily viewed off Carriage Drive, uphill from the Botanical Gardens. Its handsome sandstone exterior with slate roof contain a double roof and vaulted brick ceilings.

Importantly, the magazine embraces the technical and chemical prowess of the mid-19th century, state-of-the-art measures to prevent accidental ignition of its contents. Copper, brass and bronze is used in doors and fittings, and massive copper conducting rods from the roof earth into separate water reservoirs in case of lightning.

The stone abutments of the gunpowder jetty, from which deliveries of gunpowder came and went, remains at the edge of the Derwent River, below Government House.

The Gunpowder Magazine was retained as a military facility for more than 120 years; it is now the responsibility of Hobart City Council, which plans to open it for public inspection in the future.

Hobart’s Beaumaris Zoo, a Zoological Gardens developed in the late 19th century, reflected the ambitions of the Victorian era and its determination to understand the natural world. It was the same curiosity that drove the formation of the adjacent Royal Tasmanian Botanical Gardens.

The Zoo had begun life in 1895 as a private collection of birds and Tasmanian devils at the Battery Point home (named Beaumaris) of Mrs. Mary Grant Roberts. At her death in 1921, Hobart City Council agreed to take responsibility for her menagerie.

Two years later, an expanded facility on Hobart’s Domain was established and largely devoted to native animals including the Tasmanian tiger or Thylacine. Its gardens had a significant bird population as well as large enclosures for polar bears and African lions.

Sadly the Zoo is where film footage of the last known living Thylacine was recorded. It died in captivity on September 7, 1936.

The Zoo itself closed the following year because of financial problems, but its remnants and archaeological remains can still be seen today opposite Government House.

Its modern gate is about 300 metres from the main entrance to the Royal Tasmanian Botanical Gardens and provides frontage to some of the Zoo’s history. 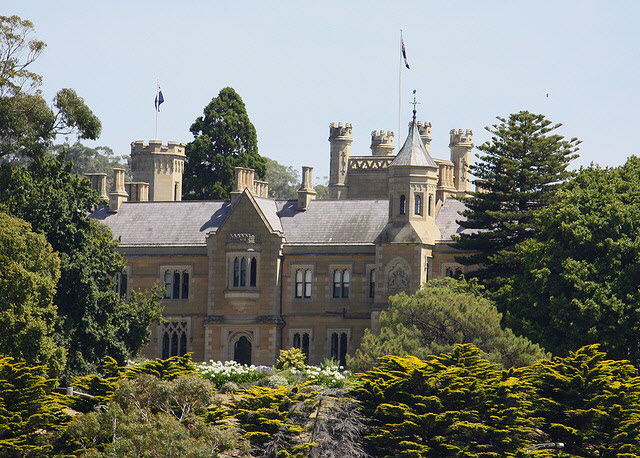 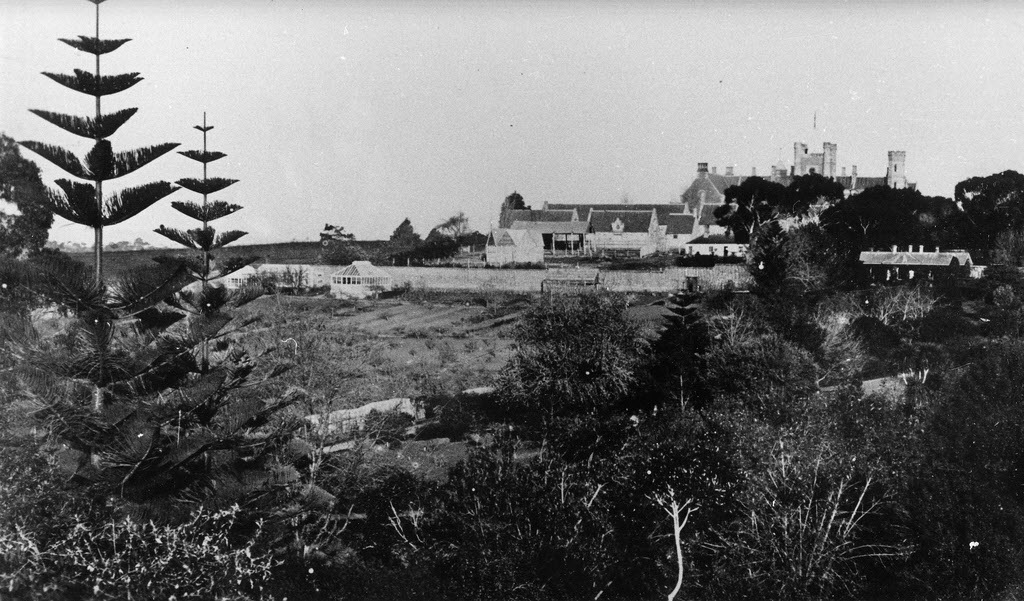 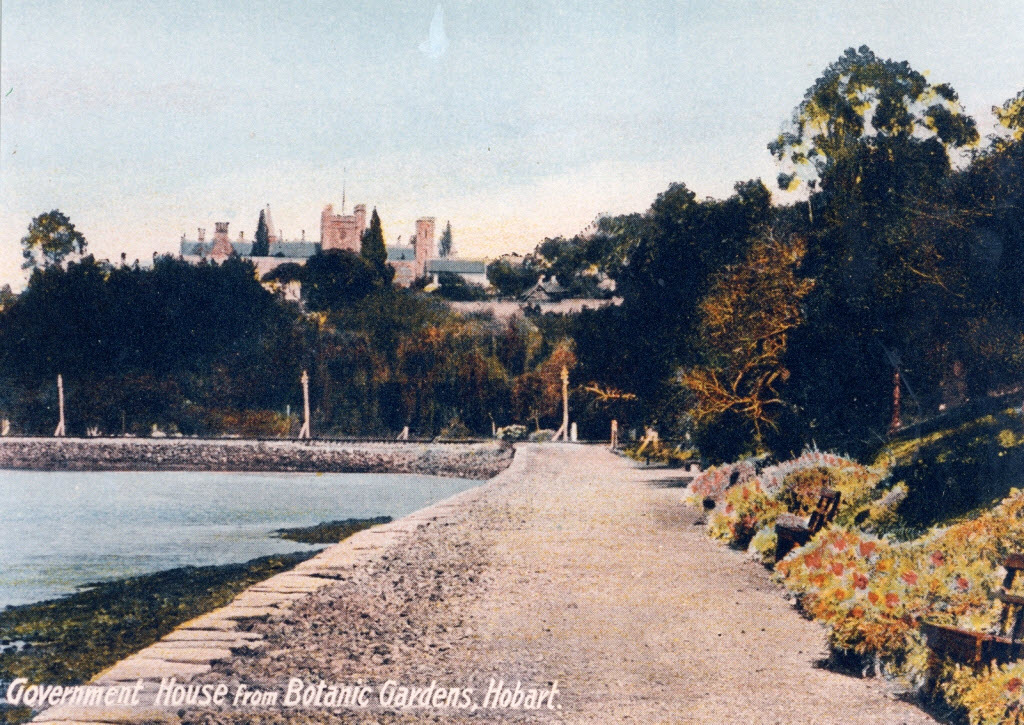 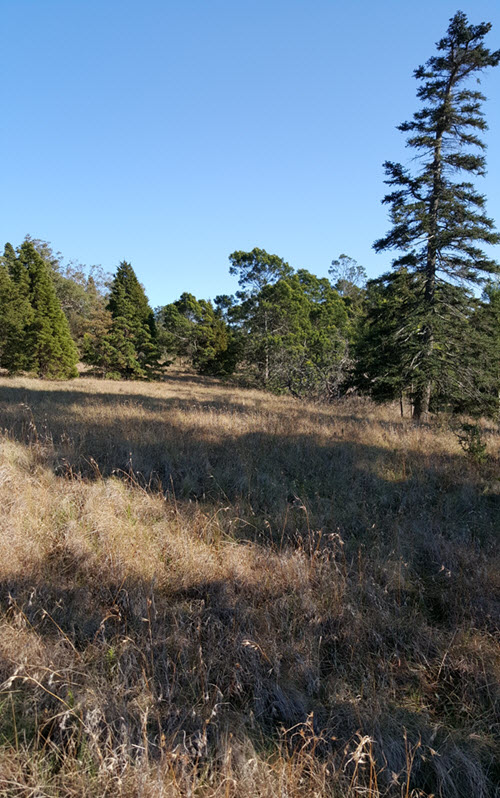 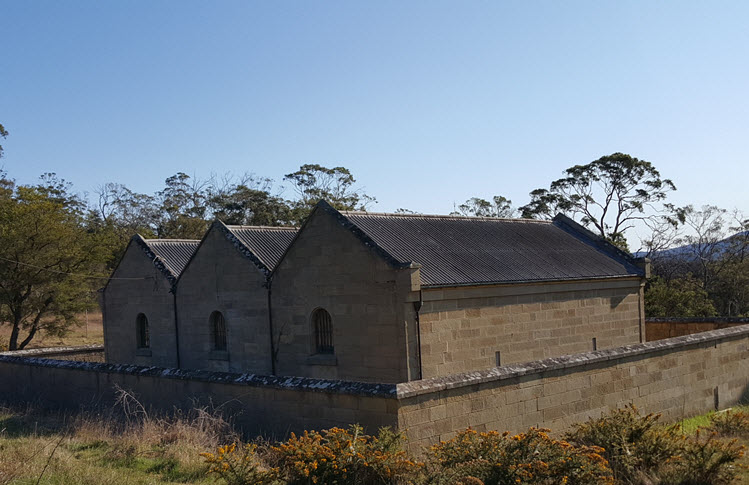 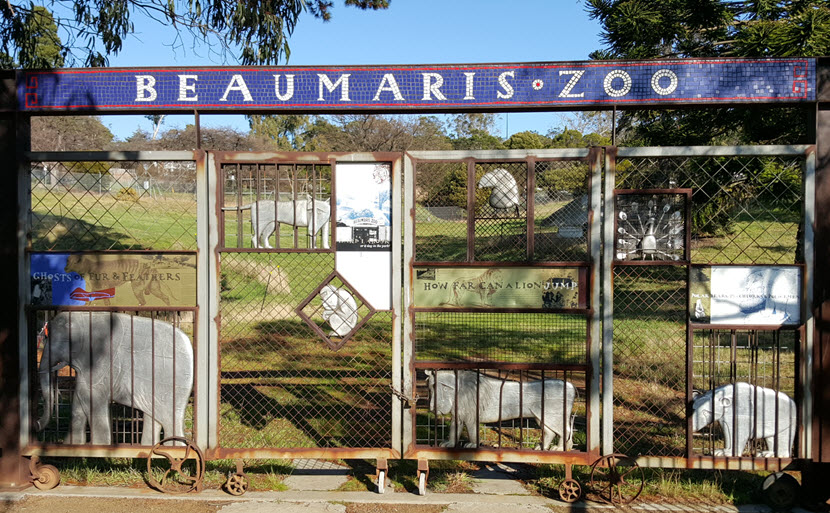 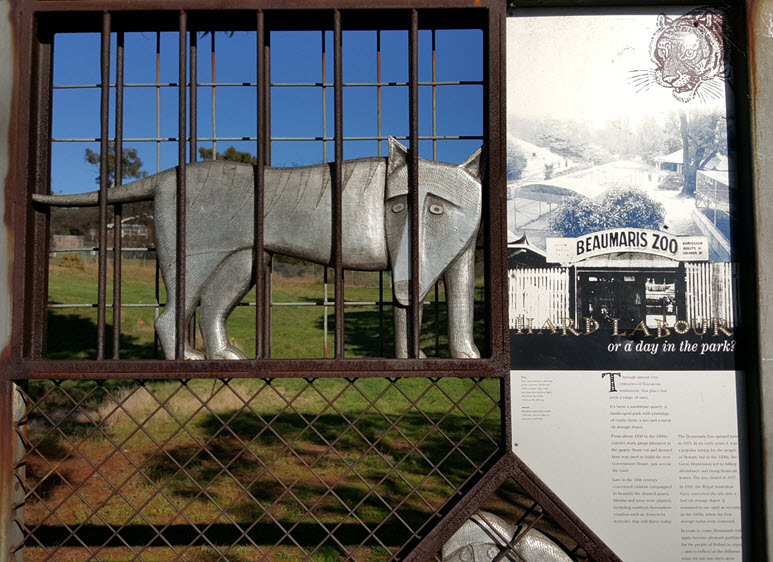