Dormancy on the inside

Endogenous dormancy is considered to be inside the seed; associated with the seed embryo and/or endosperm (table 1). 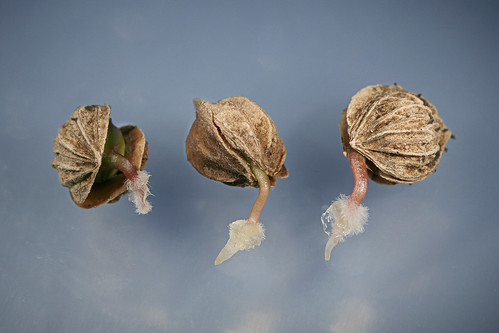 Physiological dormancy (PD) is the most common expression of seed dormancy1, and is thought to be caused by a physiological inhibiting mechanism (PIM) of the seed embryo. Not only is PD classified into three levels:

but it was recently proposed that non-deep PD be further classified into five types based on patterns of change in physiological response to temperature during dormancy relief (table 2)2.

There are also examples of Tasmanian / Australian seeds that exhibit physiological dormancy.

Seed scientists are sometimes criticised for failing to classify the type of dormancy their seeds possess when publishing experimental results3, but this may be due to the fact that classification systems are so complex, especially for physiological dormancy. 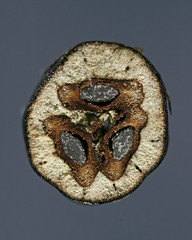 Figure 2. Cross section of a Stilbocarpa polaris (Apiaceae) fruit revealing three seeds. This species is proving to be very difficult to germinate at the TSCC, possibly due to MPD which has been documented for other Apiaceae species. For examples see refs 4,5 & 6.

Some plant species disperse seeds in which the embryo is undeveloped or not fully grown. In these cases, the embryo needs to grow inside the seed before the seed can begin to germinate. These seeds, although mature, are prevented from germinating by morphological characteristics of the embryo, and are therefore said to have morphological dormancy (MD, table 1).